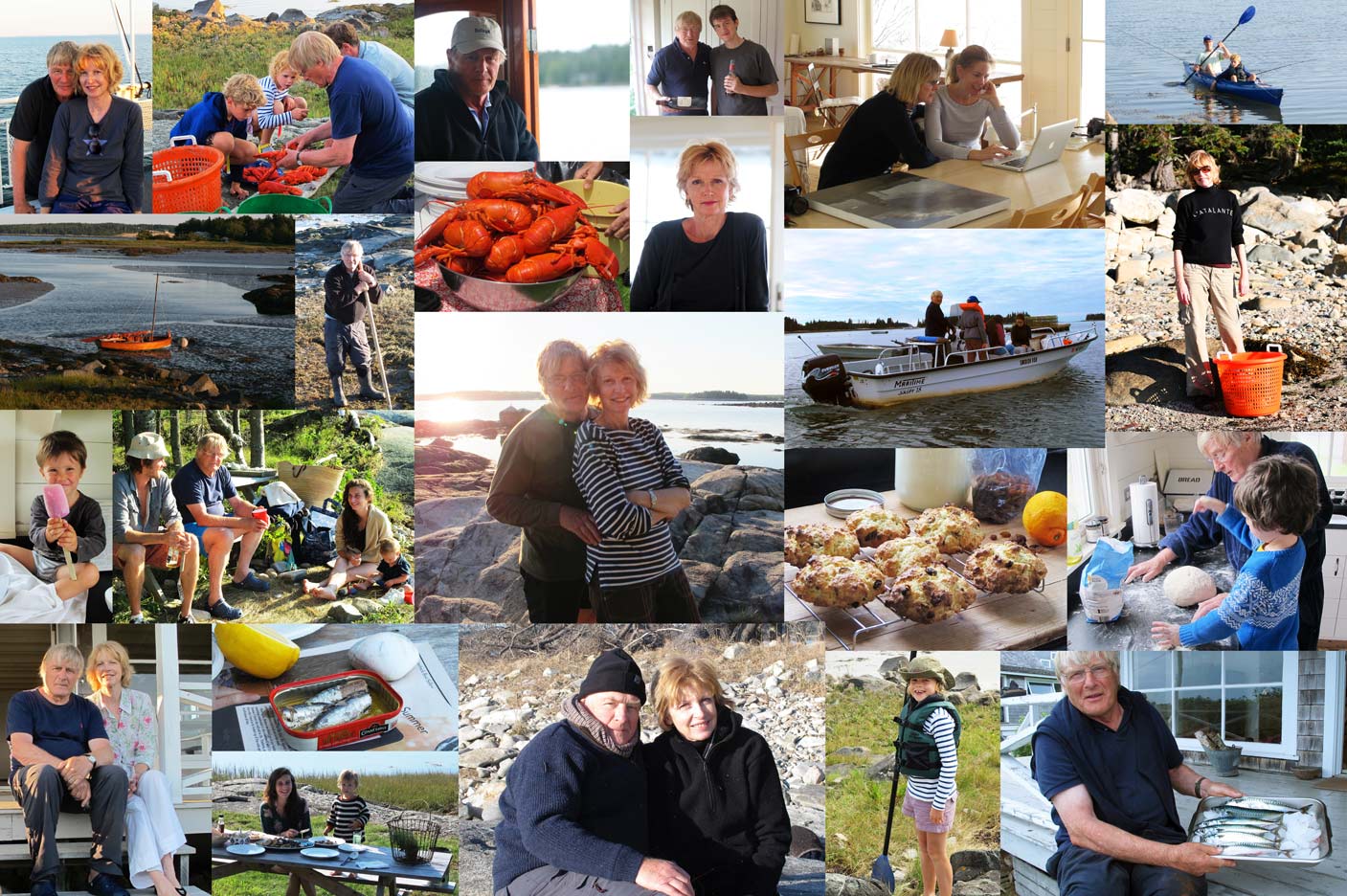 About Us & Why We Chose Tenants Harbor

Fiona and her family have been coming to Maine since 1992 when they bought Harbor Cottage as their summer home. Fiona lived in New York City for over twenty years, raising her two sons there, and worked variously in the publishing and the fashion worlds as an editor, stylist and writer. She continues to write occasionally for The World of Interiors. Fiona was for several years the director of a contemporary art gallery showing the work of British and South African artists in her Manhattan loft, designed by Sheila Bonnell who later designed the renovations of Harbor Cottage. Fiona is a graduate of the University of Cape Town and has an MA in Psychiatry and Religion from Union Theological Seminary in New York. She is a devoted grandmother, joyful swimmer, cook and gardener with a lifelong interest in education. Fiona currently serves as Executive Co-Chair of the Advisory Council of HIOBS, a non-profit outdoor education and leadership organization based in Camden and Wheeler Bay, Maine.

Tony was a judge in the Court of Appeal of England and Wales when he met Fiona in Cape Town. They were married in Maine, in a church and field about a mile away from Harbor Cottage. Tony is currently in practice with Matrix Chambers in London and works internationally in the field of anti-corruption, asset recovery and judicial appointments. Tony is a veteran boat builder and sailor who as a student paddled a kayak from Cambridge to Malta. Less ambitious now, he contents himself in Maine sailing his small wooden dinghy, Squanto. Tony shares with Fiona her love of the sea, swimming, camping, hiking, cooking and gathering with family and friends in Maine.

Why we chose Tenants Harbor

Harbor Cottage was a case of love at first sight. Its open position out on the water’s edge, protected bay with a small wetland to the east, and ravishing views made it a dream summer cottage. Situated between the towns of Tenants Harbor and Port Clyde, each with working harbors and active, year-round village life, it offered simple pleasures and community.

Originally the Martinsville village store, in the 1960’s Harbor Cottage was moved closer to the shore and turned around to face the sea. The guest house next to it, originally an eccentric cabin, was much loved by everyone brave enough to stay in it before it was renovated. The property is not large, but its position on the shore is inimitable, and its tidal views are an endless source of delight.

Architect Sheila Bonnell redesigned the property in 2007 for year round use, substantially reconfiguring the interiors of both houses with a contemporary sensibility that pays tribute to Maine’s traditional seaside houses. The guest house was rebuilt as a two-bedroom house, and Harbor cottage was turned into a handsome one-bedroomed house with a cook’s kitchen. The antique linens used throughout the interiors and many vintage pieces came from antiques and textile specialists Sharon and Paul Mrozinski at the Marston House Vinalhaven. In keeping with Maine tradition, a few years later a small boathouse was added creating a group of shingled structures.